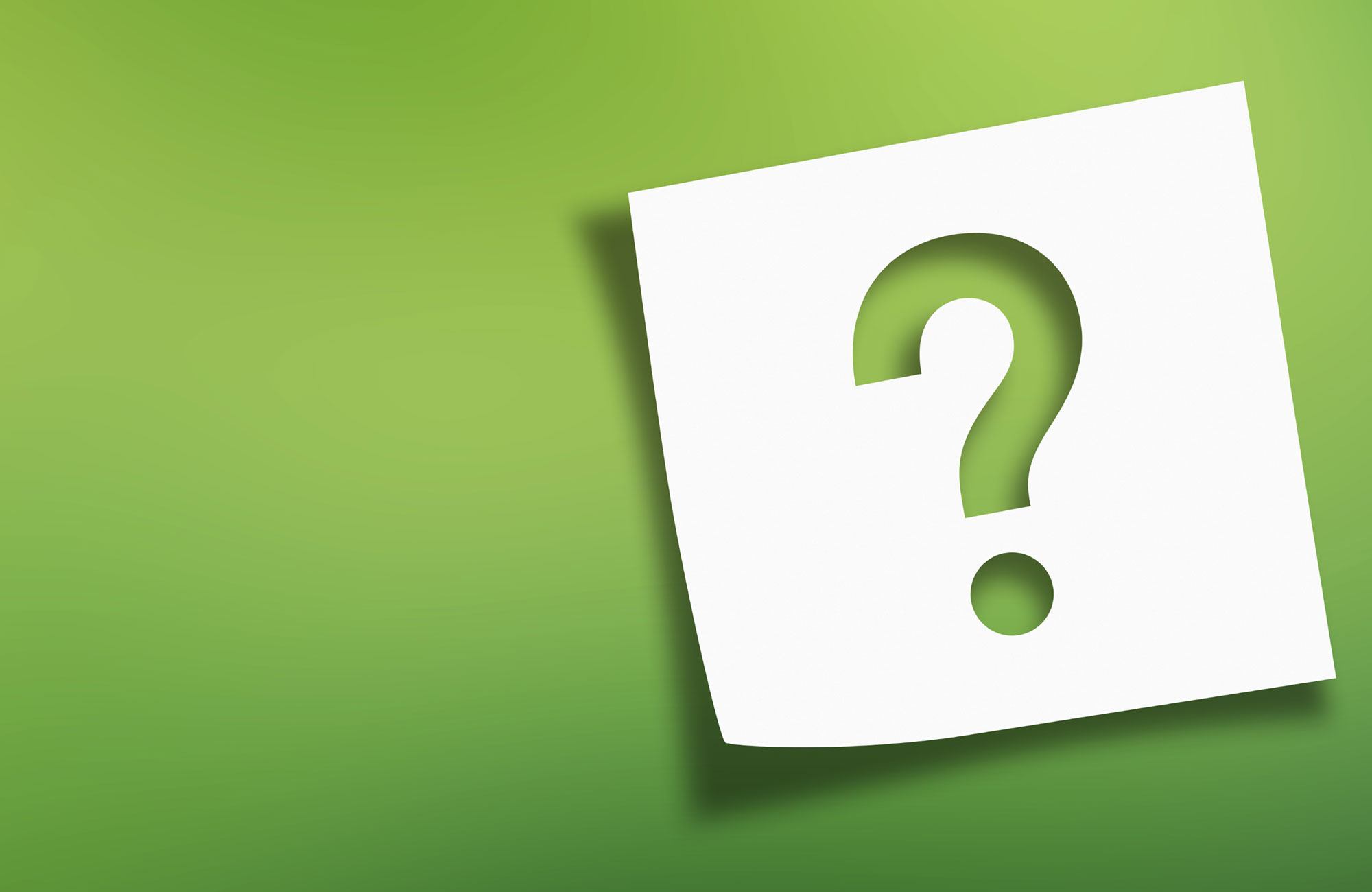 What is commuter rail? Expand

In the Triangle, commuter trains between West Durham and Garner or Clayton would take thousands of people comfortably and reliably between their homes and work or school frequently in the mornings and evenings and less often on off-peak hours on an existing rail corridor. Commuter rail provides a convenient and cost-effective way to avoid traffic-heavy freeways and parking costs. No matter how congested our roads get, the train will always take the same amount of time, ensuring that people can get to work, school and appointments on time. Commuter rail lines have become popular because of increasing highway congestion and resulting environmental impacts and the rising costs of owning, operating and parking automobiles. They also create development and housing opportunities for growing communities.

How is that different from light rail? Expand

Light rail requires entirely new tracks and power sources, which would make it prohibitively expensive in this corridor. Light rail, which uses electricity and is powered from overhead lines, typically carries people shorter distances than commuter rail. Light rail is ideal for areas with closely spaced destinations and no existing railroad tracks and where buses can’t carry enough people or move fast enough.

Are there other reasons commuter rail makes the most sense for this project? Expand

Commuter rail is much faster than light rail because the stations are farther apart and it would be far less expensive because there already are some tracks throughout the corridor. For this project, the existing North Carolina Railroad Company corridor already passes through regional destinations and employment centers such as downtown Durham, downtown Raleigh, downtown Cary, Research Triangle Park, Duke University and Medical Center, North Carolina State University and Clayton’s expanding pharmaceutical manufacturers. In addition, the width of the existing corridor will allow new tracks to be built with minimal disruptions to adjoining properties.

Who decided that the Triangle should pursue a commuter rail project? Expand

Governmental bodies within the Triangle have been studying long-term transit solutions to increasing road congestion for decades. Rail-based transit service between Raleigh and Durham that would give residents an alternative to driving on crowded I-40 and NC-147 has been included in long-range transportation plans, which are updated and adopted by representatives from local governments every four years, dating back to the 1990s.

Who is in charge of the project? Expand

A Memorandum of Understanding was signed in spring 2020 by GoTriangle, Capital Area Metropolitan Planning Organization, Durham-Chapel Hill-Carrboro Metropolitan Planning Organization, Wake County, Durham County, Johnston County and the North Carolina Railroad Company. Under the memorandum, GoTriangle became the project sponsor and is tasked during this phase of study with working out details with other authorities that have jurisdiction over portions of the project. STV, Inc. is the prime consultant for this phase of study. If elected officials choose to proceed with the project after this phase, GoTriangle will advertise additional opportunities for consulting services on project development, engineering and construction management, among other areas.

Who would build the project? Expand

A project this large would require work from many different types of companies, including those that build tracks, bridges, roads and parking lots and others that do grading and install drainage systems. Projects like this commonly attract interest from national and international construction companies and provide opportunities for local firms and disadvantaged business enterprises to participate.

How would we pay for the commuter rail line? Expand

The current study phase will help us determine whether the project can meet federal guidelines to receive grants for up to 50 percent of the total project costs, currently projected to be $1.4 billion to $2.1 billion. The rest of the costs will be shared by Wake, Durham and Johnston counties. Wake and Durham both have tax revenues dedicated to transit improvements. Current plans do not anticipate any state participation, but state money will be pursued and would offset local expenditures if it becomes available.

The current cost estimates were developed by a qualified team of engineers and professional estimators and will be refined after this phase of study, which will better define what new infrastructure such as additional tracks would be needed for the project.

Who will ride the Triangle commuter train and where would it go? Expand

Earlier studies have estimated that commuter rail would carry 7,500 to 10,000 passengers a day by 2030, and the current study will continue to refine this estimate. The commuter rail would carry employees, students, residents and visitors to major regional destinations in the Triangle. The service as proposed would require building new stations among stations that already exist in the Raleigh, Durham and Cary downtown areas. Exact station locations have not been chosen, but the preliminary studies have led to additional station candidate zones in West Durham, downtown Durham, East Durham, Ellis Road, Research Triangle Park, Morrisville, West Raleigh/Corporate Center Drive, Blue Ridge Road, NC State University, Hammond Road, Garner, the Auburn area and Clayton at N.C. 42.

How will final station sites be determined? Expand

Station sites will be finalized based on public input, land availability, site access and connections to bike and pedestrian networks in addition to local land-use regulations and rail-line engineering considerations. The North Carolina Railroad Company, the railroads that operate within the corridor, funding partners and local governments will have to approve the final selections, which also must meet federal environmental guidelines.

Would the project require the purchase of land? Expand

The Triangle commuter rail line would be built within the existing railroad right of way owned by the North Carolina Railroad Company. Some additional land may be needed for stations, park and ride lots and maintenance facilities. The precise property needs would be identified later in the project’s development when detailed engineering is underway.

How would I get to a commuter train station? Expand

Parking will be important in the outer or less densely populated portions of the network, but the goal will be to help as many people as possible reach a station without driving. Any commuter rail project would include additional and improved bus service to the rail stations, not to mention bike racks and bike-friendly paths and walkable surroundings.

All commuter rail stations will have large covered shelters, seating, real-time arrival information and ticket vending machines. They also will have features that make boarding seamless for people with mobility issues or those pushing strollers.

How much does it cost to ride? Expand

The cost will be set closer to opening, but fares should be comparable to riding the bus. The current study will help determine the pricing structure that makes the most sense. Fares aren’t expected to cover the full capital and operating cost of the commuter rail, which is considered a public service. The majority of funding would come from federal and local sources, including the county transit plans that are paid for with the voter-approved half-cent transit sales tax and other dedicated transit revenue sources.

How is commuter rail different from Amtrak service? Expand

Anything else I should know? Expand

Railcars will have electrical outlets and WiFi service to help passengers make the best use of their time onboard. Railcars also will have bicycle storage for passengers who want to take their bikes with them.

Can I take commuter rail to the airport? Expand

I’ll never take the train. Why should I care? Expand

Congestion on I-40 is continuing to increase, and providing an alternative to driving during peak commuting hours reduces stress on the highway network for everyone who drives at those times. In addition, increasing mobility for our neighbors means we all have a wider and better selection of jobs, increasing economic output and quality of life for everyone. And the more people use mass transit, the fewer negative effects that growth will have on the environment. Another benefit of mass transit like the Triangle commuter rail line is that it allows municipalities to plan development around easy access to transportation networks and vastly reduces the need for people to drive cars. Such transit-oriented development can support local governments’ plans for affordable housing, add to the number of jobs along the rail line and help grow the tax base that supports all of our critical public services.

What other regions are investing in commuter rail? Expand
What can I expect from the next study phase and what will you do with my input? Expand

Over the next 12 to 18 months, commuter rail planners will work with a range of critical stakeholders to determine what infrastructure improvements are needed to add more train traffic to the rail corridor. Stakeholders include residents, transit riders, the business community, local governments, universities and other institutions and major employers along the rail line as well as the North Carolina Railroad Company, North Carolina Department of Transportation Rail Division and operating railroads including Norfolk Southern and CSX. Planners also will evaluate future station locations and other components critical to the success of the project, identify challenges for the project and assess solutions, and analyze economic and land-use benefits of commuter rail. Public input is always an important part of investing transit dollars, and the survey results will be used to help us understand what potential riders and North Carolina residents want in a commuter rail project. At the conclusion of the study, local elected officials, including the Boards of Commissioners for Wake, Durham and Johnston counties, will decide whether to proceed with the project.

Join our email list to receive the latest news & updates.