The proposed Greater Triangle Commuter Rail would offer a congestion-free transportation alternative for the region that is slated to grow by more than a million people and a corresponding 1 million cars in the next 30 years. GoTriangle would like your opinion on the phases studied in the report.

The results of the Greater Triangle Commuter Rail feasibility study provide options for implementation of regional passenger rail service. Due to the high cost and technical challenges associated with delivering the full project at once, the study considered phases for staged implementation in the eastern, central, and western portions of the corridor. With costs varying for each, the three portions include: 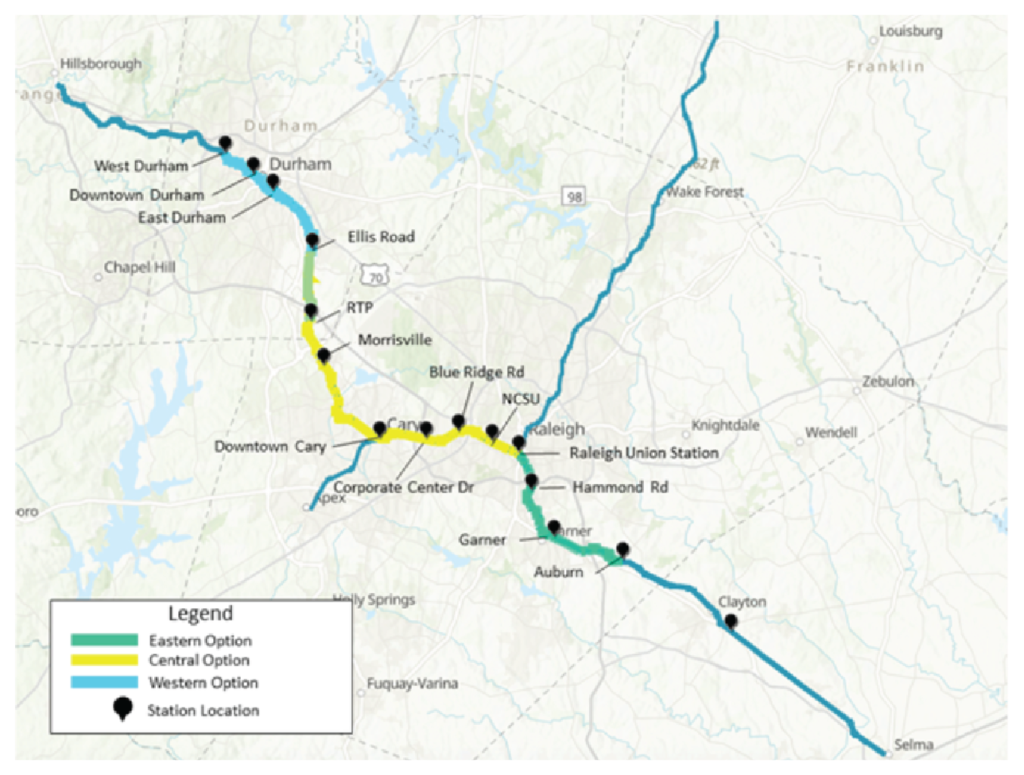 The next step is for leaders to decide what portion should be built first.

To do so, we need to hear from you!

How can you learn more?